By Ben Wilkinson for the Daily Mail

Millions of people who manage their finances online or through an app are routinely denied access to their money as many major banks now suffer from security and IT issues every week, the figures show.

The rise of digital banking has meant millions of people depend on the internet and apps, but new systems are often plagued by problems.

Jenny Ross, editor of consumer group Which? Said: “Millions of people are affected by these computer shutdowns, which can cause tremendous stress and inconvenience for people trying to pay bills or run a business. . “

Under a program overseen by the regulator, the Financial Conduct Authority, UK banks are now required to publish the number of operational and security incidents they have so that it is easier for customers to compare the quality of the service offered.

The Daily Mail reported last month that Barclays and Lloyds had more than 30 of them in the six months from April 1 to September 30 – the equivalent of more than one “major” incident each week.

The latest figures, for the nine months from April 1 to December 31, show that most major banks have at least one computer failure every month. Barclays had the highest number, with 41.

Lloyds Bank was second with 37, then Halifax 31, NatWest 26, Santander 16, HSBC 13 and Nationwide five. The TSB had three between October and December, with no data from April to December.

Yesterday, users of the Barclays mobile app were unable to log into their accounts on what was payday for millions of Brits. 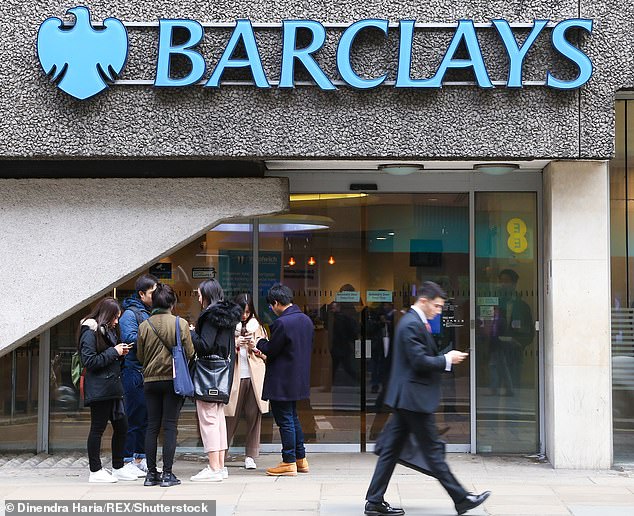 Barclays recorded the most outages, 41, in the nine months between April and December last year.

Customer Connor Dahl wrote on Twitter: ‘[Barclays] The mobile banking app always seems to crash at the most important times! Absolute joke of a business! ‘

Another user said, “These crashes are now happening every week. It’s the worst possible day for it to go down.

TSB clients could not log into the app or website. One wrote on Twitter: “I close all my accounts and move somewhere else… It’s not just a weird occasion, it happens all the time. Beyond a joke.

A Barclays spokesperson said: “We take IT resilience very seriously and we value transparency for our customers, which is why we report every incident to the regulator, even minor issues that have minimal impact on customers.”

A spokesperson for the TSB said customers encountered “intermittent problems” in the morning and this was subsequently resolved.

Industry body UK Finance said: “When incidents do occur, companies work around the clock to minimize disruption and get services back up and running as quickly as possible.”