Non-stick pans are a godsend for frying eggs and flipping pancakes, and an enameled Dutch oven will never disappoint when cooking soups, stews, and sauces. But when it comes to kitchen equipment, nothing beats a well-seasoned cast iron skillet.

Not only are cast iron cookware relatively inexpensive – a classic 12-inch Lodge skillet costs less than $ 30 at Target – but they’re incredibly versatile. You might think grandma used it just for frying chicken or making cornbread, but you can also roast a chicken or sear a steak in a cast iron pan, use one to make the most pancakes. chewy, bake a deep pizza or a loaf of bread in one, or even pan-fry a delicate piece of fish.

Properly seasoned, cast iron pans feature a silky, shiny surface that is naturally non-stick, eliminating the need to add fat. It also maintains even and consistent heat whether the pan has been preheated to medium-high heat on the stovetop or in a 500-degree oven.

Not sold? Cookware can also go straight from the stove or oven to the table, and if taken care of, cast iron lasts for generations, earning it durability points.

Cooking on cast iron can even be good for your health, as a small amount of iron is transferred from the pan to your food and into your body each time you use it.

Below, we demonstrate the versatility of cast iron cookware with three fall recipes.

Dutch with roasted mushrooms and bacon

The large, fluffy pancake known as the Dutch Baby is often made with sweet ingredients for breakfast or dessert. But the one-pot dish also lends itself to savory preparations, and it’s the perfect food to cook in a well-seasoned cast iron skillet.

Baked instead of fried on the stovetop, the pancake is topped with a delicious blend of roasted mushrooms, crispy bacon and cheddar cheese. Served with a simple green salad, it makes an excellent breakfast or a light supper.

For a vegetarian dish, simply omit the bacon.

1 pound of mixed mushrooms (such as cremini, button or shiitake), sliced

Place the oven racks in the middle and upper positions. Preheat the oven to 450 degrees. Place mushrooms and bacon on a rimmed baking sheet. Place on the upper rack of the oven while preheating and roast, stirring once, until the mushrooms are golden, 25 to 30 minutes. Place a 10 inch cast iron skillet on the middle rack and heat 15 minutes.

Put the eggs and garlic in a blender. Mix over high heat until frothy, 45 seconds. With the blender running, gradually add the milk and 2 tablespoons of butter; stop the blender. Add the flour, cornstarch and 1/4 teaspoon of salt; process 1 minute. Stir in the thyme.

Gently add the remaining tablespoon of butter to the heated skillet and stir to coat. Immediately add the dough. Bake until golden brown and puffed, 14 to 16 minutes. Sprinkle with cheese and bake until melted, 3 to 5 minutes.

Garnish with the mushroom mixture, scallions and parsley.

This easy breakfast dish is a favorite of Lawrenceville resident Mike Sanders, who has collected vintage Griswold cast iron pans for decades. It’s super easy and super nutritious, and you can prepare in minutes.

If a cast iron skillet is properly seasoned (with a dark, semi-gloss finish and no rust or rough spots), neither the potatoes nor the eggs will stick. He adds a simple garnish of Sriracha sauce to spice things up and parsley to make it pretty.

This recipe uses three pans, but as Sanders points out, cleanup is fairly easy in a cast iron pan – simply wipe down the inside surface of the still hot pan with paper towels to remove any excess food and oil, then rinse. hot water with a sponge or a non-abrasive scrubber.

Heat a medium cast iron skillet over medium heat and add 1 tbsp or two of olive oil, stirring to coat the pan. Once they sizzle, add the grated sweet potato in a single layer, season generously with salt and pepper and cook, turning occasionally with a spatula, until the potatoes are tender and tender. nicely golden, and you can’t see the individual shreds. Cover and keep warm while you prepare the eggs.

Heat another pan over medium heat, then add about 1 tbsp of butter. Lower the heat to low, then break 2 eggs in the pan. Cover with a lid and cook until the egg white is set, about 3 minutes.

While the eggs cook, heat a flat pan over medium heat, then add 2 slices of ham. Fry until golden brown and crisp, about 2-3 minutes per side.

Divide the sweet potatoes on a plate, then top with the fried eggs. Place the ham next to the mince and drizzle with Sriracha sauce on top. Decorate with chopped parsley and serve immediately.

Fall is apple season, and the favorite pairing for the fruit is sweet Italian sausage. This skillet dish is quick to prepare and loaded with wonderful fall flavors. The choice of apple is essential: you must use a firm variety such as Pink Lady or Gala which will withstand heat well. (Red and Gold Delicious will turn mushy.) Serve with crisp Italian bread and a glass of Chianti.

4 tart apples, each cored and cut into 8 slices

Heat oil in a large cast iron skillet over medium-high heat. Add apples, cut side down, turning occasionally, until apples are golden, 5 to 8 minutes. Add the cabbage and continue cooking until the cabbage is wilted, about 4 to 5 minutes.

Prick the sausages with a fork, then add them to the pan. Cook, turning occasionally, until sausage is golden brown and cooked through, 10 to 12 minutes.

Add the wine and vinegar to the pan. Bring to a boil, reduce heat and simmer until sauce is thick enough to coat a spoon, about 4 minutes. Season to taste with salt and pepper.

Serve with the cooking juices from a spoon, with crusty bread to sponge the sauce. 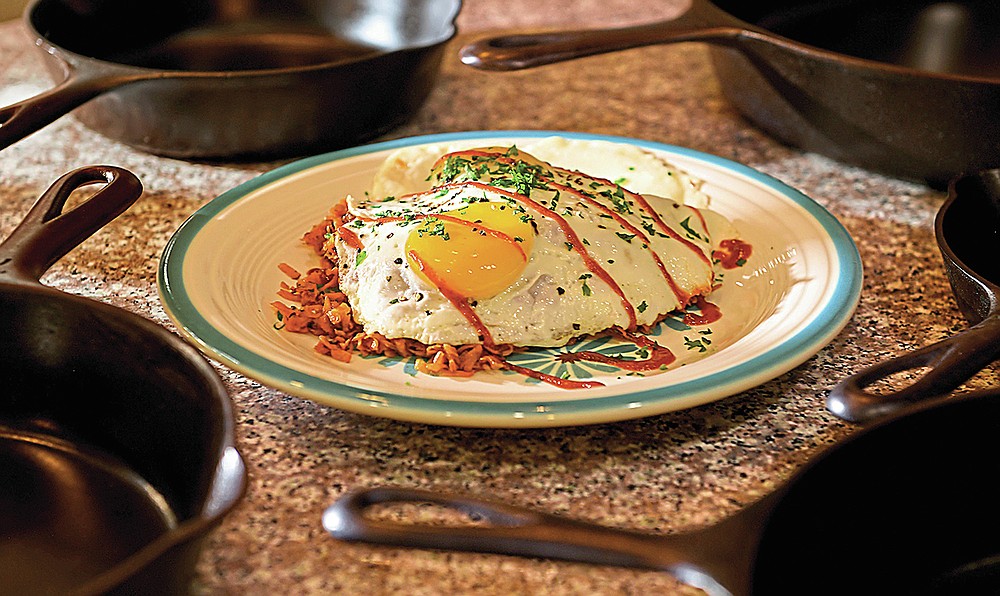 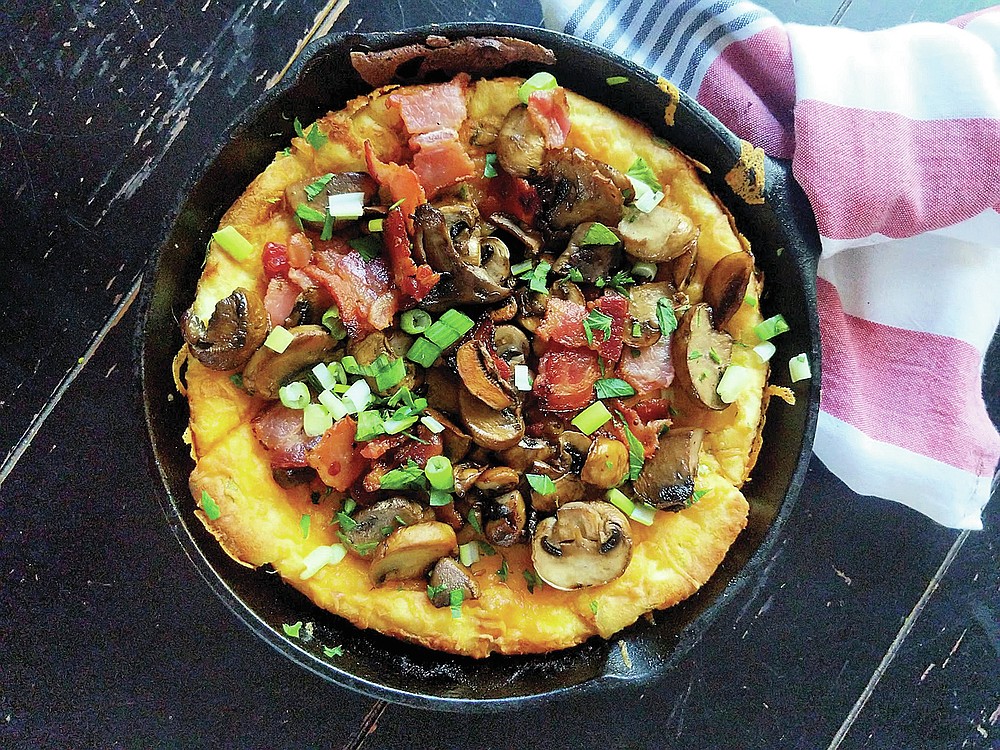